James Pepper
For All My Wrongs EP 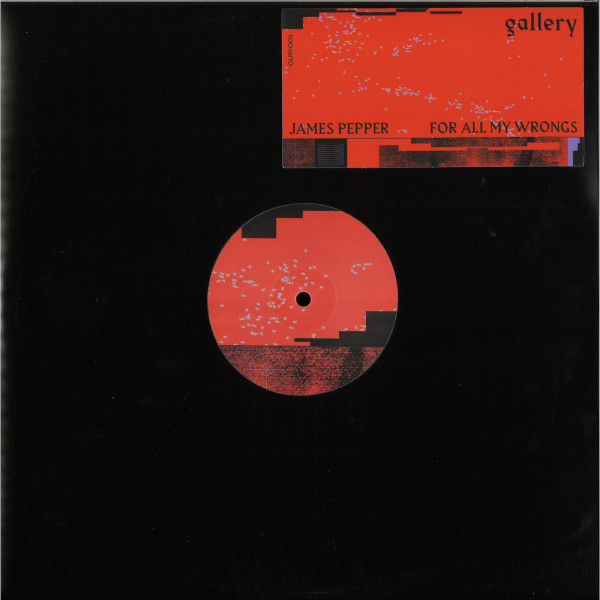 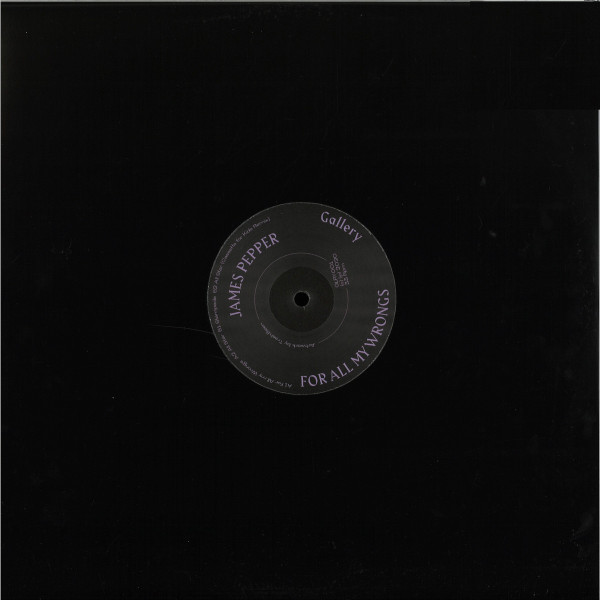 The angelic figure behind GLRY001 is James Pepper. Leading the next generation of the Sydney scene, Pep has already swapped the headphones with Gerd Jansen, Denis Sulta, Coeo and has multiple collaborations with Berlin’s Black Loops. 2019 saw him spend a lengthy period in Europe, couch and studio hopping before returning home to wrap his best work to date.

Matching attitude with beauty, For All My Wrongs is the perfect motif for Gallery’s debut release. Subby kicks are matched with rich and emotive chords, creating 8 minutes of distorted calmness, equally at home in the club as it is on your morning commute.

Deep acid grooves come to the front for the second single All Star, a tried and tested live hit for the last six months in Pepper’s shows. Backed by a remix from Melbourne producer Cassettes For Kids. Rounding out the EP is Stampeded (Of The Elephants), a fast, bass line heavy cut with attitude.

All Star (Cassettes For Kids Remix)

For All My Wrongs

Stampede | (Of The Elephants)

While super-producer Fred again..’s complex yet club-ready April debut album ‘Actual Life (April 14 – December 17 2020)’ was centred around lost connections and uncertainty — with the pandemic serving as an apt backdrop — its follow-up chronicles the death of a loved one.Fred Gibson, the Brian Eno protégé who has notably collaborated with the likes of Stormzy, Ed Sheeran and The xx‘s Romy, documents the many stages of grief on ‘Actual Life 2 (February 2 – October 15 2021)’, turning fragments of conversation into a personal music time capsule that aches with emotion and eventual catharsis.

Sounds a bit like a more relaxed cousin to "Heartbeat", due to its soulful vocals, disco rhythm, and upbeat plinking synth riff during the chorus. The jazzy electric piano chords are a nice touch as well. This original release can be distinguished from the reissues/bootlegs by a few characteristics. While the original has a color-gradient label-background with a light green/grey undertone the reissues have plain black background. The text alignment is different as the original has a full line-spacing between "Records & Filmworks Inc." and "Chemise". On the reissues there is only a 1-2 milimeter spacing. Also the original says "33 1/3 RPM" and the reissues say "331/3 RPM". The lower round-text ends next to "Vocal" on the originals while it ends at the height of "RPM" on the reissues.

Raised in Philadelphia but currently based in New York, Baltra has spent the last decade honing a sound that’s rich on romance and melancholy.Releasing his first music in parallel with the lo-fi house explosion of the mid-2010s — and racking up millions of plays on YouTube and other streaming services in the process — Baltra has always had a restless approach and attention to detail that’s set him apart from many of his peers, often using his own voice (or that of collaborators, including Park Hye Jin and his wife Angela) rather than relying on samples, and exploring both higher and lower tempos on his acclaimed 2019 debut album Ted. It’s fitting that his debut for Local Action — a five-track EP that marks some of Baltra’s most meticulously crafted but undeniably catchy work yet — is simply titled Ambition.Released on May 27, Ambition sees Baltra firmly cast his own vocals front and centre. Whether manipulated, such as on foggy opener ‘Make It B.I.G.’ and the down-tempo ‘Like a Butterfly’, or left comparatively bare on lead single ‘Baby’ and the EP’s closing track ‘Will You Be?’, Ambition showcases Baltra’s ability to write songs that are both effective in a dance music context but also transcend... more

In Other Words V……

First Part Of The Brand New Album ! First In A Series Of 3 . The Vinyl Release Of Ian Pooleys New Album "in Other Words". Part One Includes Some Of The Highlights Of His Latest Album.

Bundle pack including two 12" vinyls with 15 exclusive tracks by a curated list of The Magician's friends and producers, and a collector Magic Tape 100 cassette tape.