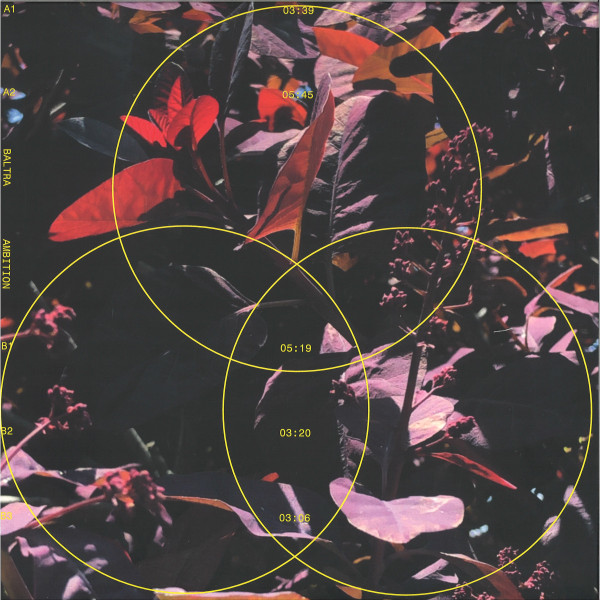 Raised in Philadelphia but currently based in New York, Baltra has spent the last decade honing a sound that’s rich on romance and melancholy.

Releasing his first music in parallel with the lo-fi house explosion of the mid-2010s — and racking up millions of plays on YouTube and other streaming services in the process — Baltra has always had a restless approach and attention to detail that’s set him apart from many of his peers, often using his own voice (or that of collaborators, including Park Hye Jin and his wife Angela) rather than relying on samples, and exploring both higher and lower tempos on his acclaimed 2019 debut album Ted. It’s fitting that his debut for Local Action — a five-track EP that marks some of Baltra’s most meticulously crafted but undeniably catchy work yet — is simply titled Ambition.

Released on May 27, Ambition sees Baltra firmly cast his own vocals front and centre. Whether manipulated, such as on foggy opener ‘Make It B.I.G.’ and the down-tempo ‘Like a Butterfly’, or left comparatively bare on lead single ‘Baby’ and the EP’s closing track ‘Will You Be?’, Ambition showcases Baltra’s ability to write songs that are both effective in a dance music context but also transcend... more

Once again exciting times for 2TUF4U Records as we experience many new forthcoming releases and digitally remastered re-releases from one of it's earliest signings GE, Mr Gary Esson. Not only will these be available at our official store, but also world wide at all good digital music stores.Label Owner and Executive Producer Karl Brown of Tuff Jam became aware of GE's production talents in the early 2000s. After this quickly became a working relationship with releases such as Nu Generation EP 2004 and The Return EP 2009 released on vinyl.

"Hold Tight" is a 1981 single by Change from the LP entitled Miracles. The single's vocals were sung by Diva Gray. Along with the songs "Paradise" and "Heaven of My Life", it became a number one single on the US dance chart for five weeks.[1] It was also the second single released from "Miracles," as "Hold Tight" peaked at number 40 on Billboard's Soul Chart, and number 89 on the Billboard Hot 100.

Bundle pack including two 12" vinyls with 15 exclusive tracks by a curated list of The Magician's friends and producers, and a collector Magic Tape 100 cassette tape.

From his 1999 chart-topper 'You Don't Know Me' to his recent collaboration with Dizzee Rascal on 'Bonkers', Armand Van Helden has always been a DJ with crossover appeal. So when he formed Duck Sauce with fellow New Yorker A-Trak - Kanye West's turntablist of choice - the ripples of excitement were quick to make their way across the, ahem, pond.First offering 'aNYway' finds the pair on a mission to put some "oogie in your boogie" as they dish up a club banger inspired by their hometown. Blending funky '70s disco - courtesy of a sample from Final Edition's 'I Can Do It' - with throbbing house beats, 'aNYway' works a cool retro vibe while still making sense in the present. It's the closest most of us will come to Nights On Broadway this autumn, but it's none too shabby a substitute.

While super-producer Fred again..’s complex yet club-ready April debut album ‘Actual Life (April 14 – December 17 2020)’ was centred around lost connections and uncertainty — with the pandemic serving as an apt backdrop — its follow-up chronicles the death of a loved one.Fred Gibson, the Brian Eno protégé who has notably collaborated with the likes of Stormzy, Ed Sheeran and The xx‘s Romy, documents the many stages of grief on ‘Actual Life 2 (February 2 – October 15 2021)’, turning fragments of conversation into a personal music time capsule that aches with emotion and eventual catharsis.